This is a single blog caption

At approximately 0042 hours on January 2, 2018 Station 207 along with 113 (Braddock), 137 (Edgewood), 153 (Forest Hills), 171 RIT (Homestead) were dispatched to the 1300 block of Fourth Street for a reported residential structure fire. Braddock Hills PD arrived moments later and updated the responding units of a working fire. 207 Chief arrived on scene and found a 2 1/2 story residential structure with fire showing from the second and third floors. 137 Engine secured a water supply in front of the residence. Crews stretched multiple handlines for fire extinguishment. Crews had to be evacuated due to the fire progression and 153 Truck was utilized for ladder pipe operations. A second alarm was called bringing 278 (Swissvale), 227 (Penn Hills #7), 192 (Monroeville #1), 196 RIT (Monroeville #6). Crews worked and brought the fire under control and checked for any remaining hot spots. 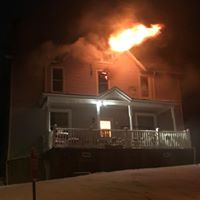 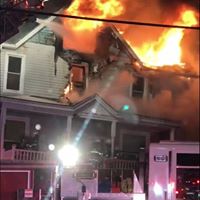